To all Readers and those Responsible

Please let that German language document be translated in many languages and be handed over to the corresponding people.

Dear Readers and those Interested in the Matter and Commission of our all Lord and Creator,

Since people also need a justified hope in order to be able to stay healthy and thus also the immune system of people, especially through laughter and happiness but also through the sun, can be strengthened, which will particularly affect the elderly and is more important today than ever before, my person not only wants to highlight the dangers of the times, but also to contribute something positive to the matter, because it is always easy to criticize but not to be able to offer a better solution for everyone.

Of course, it's not my job to create a good atmosphere, because there are enough good events and cultural institutions, but also the tourism and the associated people, who could make what is possible by continuing to use their companies by means of special RESTRICTIONS when today's people can properly integrate into the matter and commission.

Every thinking person is called upon to do this, and so everyone should consider for ONESELF what, how and where and why something has to be done or has to be undertaken in order to be able to achieve something for others, because of one`s duties. something that doesn't “fizzle out” easily and represents a lasting value.

The heavily indebted states in particular now have a duty, because through this high indebtedness, high and highest values will have to be created for the coming generations, which must be permanent and if this is made possible together, then the repayment of the financial debts will also become waived a State or a community of States!

Unfortunately, as a layperson, one first has to deal with the CORONA virus so that the matter and the commission can be implemented.

According to my personal observations, it could (but does not have to) be possible that it is not ABOUT just one Corona virus, but at least two of these species, which will probably be very similar.

The reason for this is also (but not exclusively) due to the different reactions of the respective body of the person concerned, whereby one already knows from the virus that the "concentrated load" or the number of viruses in the transmission of the infection is also decisive, as is the further course of the disease develops, so that for this reason alone the protective mask requirement must be very important.

In both species, or in all cases, the age of the person is usually decisive, whereby the immune system will probably be decisive as to whether or how the course of the infection continues.

Furthermore, it has already been established that people with blood group 0 have higher antibodies against the virus or, on the contrary, something is missing in blood group 0, whereas the virus can very easily "dock" to the usual blood groups.

The reason for assuming that there could be more than one species of the CORONA virus is that before the CORONA pandemic in China became public or broke out, my life partner followed by my person had already twice painful infections, that is to say to the present day a total of four times, initially had a severe throat infection, with all the symptoms of today's pandemic, including an almost shut-down or sluggishly half of the lung, which was the case with the last infection of my person, in that I was also forced to isolate myself.

One might think that this highly contagious infection described was specifically caused by human hands, since this infection has so far been repeated in a cycle of around 3 months, but the symptoms have not become weaker but rather increasingly stronger.

In spite of everything, we have so far refrained from visiting a doctor and have been able to help ourselves with pharmacy-only medication, although, at least in my sole opinion, one should have called the police sooner, as it could have been a serious physical injury!

Unfortunately, this and that crime has so far been difficult or impossible to prove and that brings us back to the topic of cultural movement, because even those who does knowingly infected people, have been given a weapon that is difficult to prove and that can be fatal for many people!

For the time being, all people would be advised, if possible, to stock up on themselves and others with appropriate drugs against a throat infection from the pharmacy or via the Internet, so that the pandemic can not so easily be transmitted by means of the intake of drungs for mouth, nose and throat region by using a face mask, too.

Every medicine cabinet should have such means, but an inn, a hotel or even a hotel chain should be well equipped accordingly.

And so we come to the topic of tourism that was and is intended for the end times and does not necessarily have to be shut down even today!

Because through the many TV Talk-shows or news or documentaries you could watch some of the hoteliers, pub or restaurant operators or, in general, the entrepreneurs in the catering and hotel industry, including the chefs of the public kitchen known to us, who also, as already in the documents communicated by my person, are destined for their tasks, and by the way get to know something better and in general one was able to clearly establish that they were in the rule responsible and clever people, whose seem to be able to grasp reality by appropriately correcting have invested these entrepreneurs in their business  through the well-known protective measures and have stocked up exclusively with responsible and trained staff through good knowledge of human nature, which must be decisive for such a company in our difficult situation!

Now it is very likely that it could be possible that some of the upper floors of certain hotels or the entire hotel have to be set up and used to relieve the hospitals by providing enough medical technical equipment to set up the hotel rooms, especially for the oxygen supply for Corona sufferers and too, enough personnel to monitor and supply this oxygen supply for those affected people must be provided immediately and worldwide.

In this way, help can be offered to a tourist in the hotel immediately, whereby the way to the doctor or to the care of the infected person can be as short as possible.

Of course, it would be very welcome if the large hotels in particular were equipped with at least one doctor or a few trained specialists on site.

In addition one should always bear in mind, that elevators are generally a dangerous source of infection, be it in hospitals, in high-rise buildings or in inns and hotel complexes.

You should avoid elevators if possible, use them in a targeted manner or, if this is not possible otherwise, equip them with the appropriate disinfectants, such as those used in medical practices.

In all aircraft you should also consider whether the air conditioning can really rule out the spread of the virus, otherwise you should rather take money into your hands and ensure the safety of the passengers.

Furthermore, one should perhaps consider, whether the airpacks, already available in the aircraft, which are accessible at every seat in the case of emergency, should be converted to a longer period of use, so that the traveler would have to be on the plane with a face mask and this airpack mask. .

Furthermore, everybody should always wear light protective gloves in public buildings, especially in a hotel, where it has been practiced by the staff in some restaurants or hotels for many years.

But also in the buses, trains and taxis you should also work with sufficient disinfectants and with good filter systems or air conditioning systems, as well as in other facilities, such as in hospitals, schools and in nursing and old people's homes, whereby, in my opinion, intermittent ventilation only makes sense, if vis-a-vis there is no building in the immediate vicinity that is simultaneously ventilated.

In my opinion, every virus can spread and “dock” well not only in buildings, but also in the damp and cold air, since it can use the increased H²O molecules in the air, which means that even as pedestrians and as a cyclist, it is important to ensure that you wear a face mask, because a distance of 1, 5 m is often not always guaranteed, especially when overtaking or approaching a bicycle on the cycle paths.

So there is a lot more to consider, which also has to do with the fact,  that the task of tourism should remain possible, if a rethinking in the right direction takes place, which has already been done in part by the entrepeneurs mentioned above., since the universal remedy, which absolutely must exist, will be used, but must first be honestly earned and developed by the matter.

With this in mind, I would like to end this document with a justified hope in the matter, in which the possible universal remedy has already been identified.

In an emergency that we all find ourselves in, the universal remedy can be made accessible to everyone by secret paths.

Otherwise the universal remedy will have to be handed over by a true doctor, which would be the better and safer variant, but no person and no doctor has or can dispose of the effect and decision of the miracle cure!

If it were up to my person,** then it would already be used secretly, which is also probably available in various flavors in discount stores around the world as  dragees *, which is called: TICK TACK.

So my person wishes good luck in advance!

** Basically only if the psychopaths of the "Luebeck insane asylum" have come to terms!

HP: See also: During this transitional period, miracle healings should also be made possible, which result from the named burdened people and from the believing ancestors of all nationalities, but for natural reasons through the holy ancestors .................. ................... 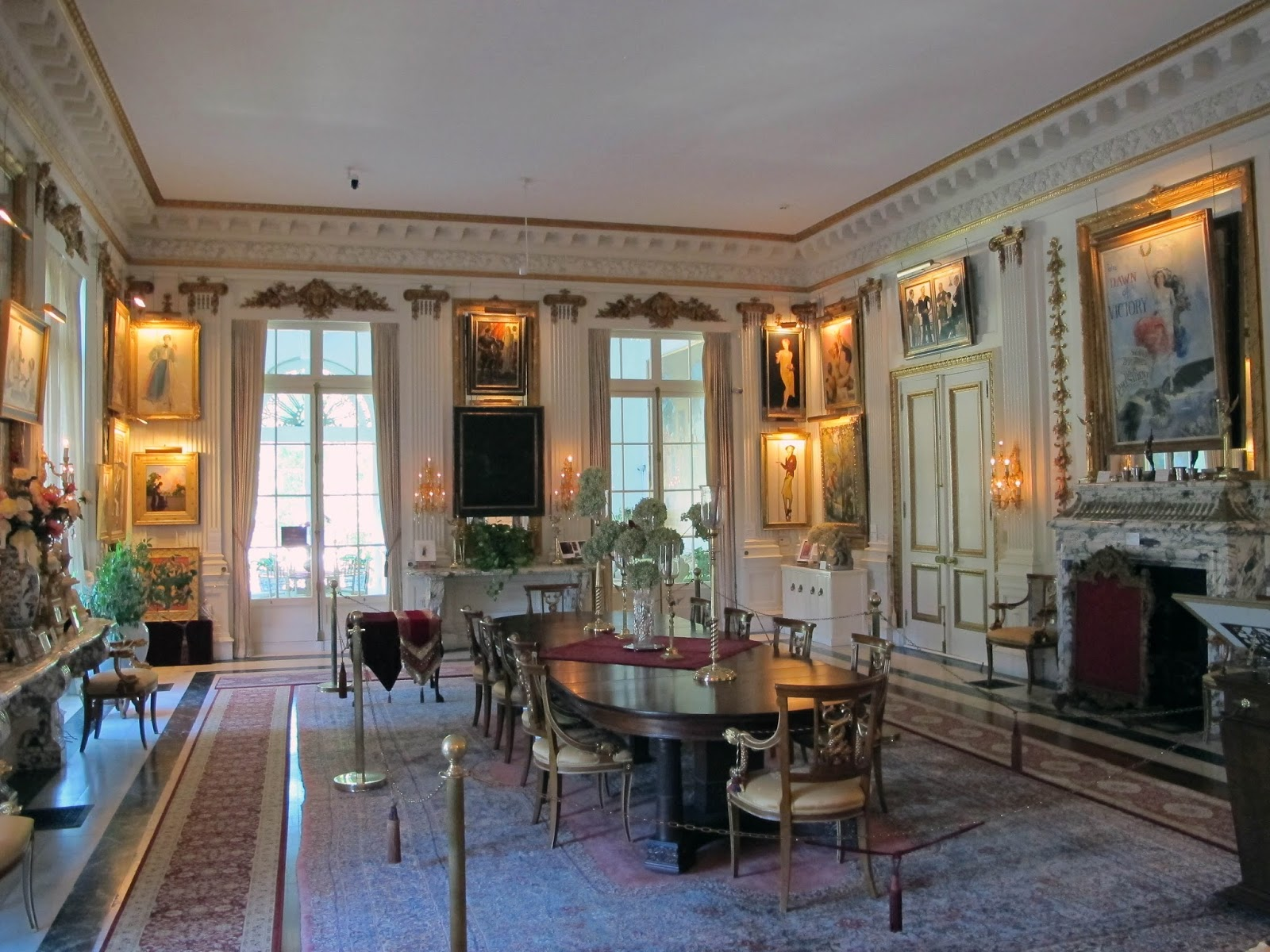